Topic is the core concept of JoinBase which bridges three data standards or protocols - database, MQTT and HTTP.

Topic is just an URI or path for addressing the database entities. JoinBase extends the database qualified table to MQTT/HTTP protocols to unify the representation of storage objects or data sinks. With topic, JoinBase has one unique data entity object semantic description under all different protocols. 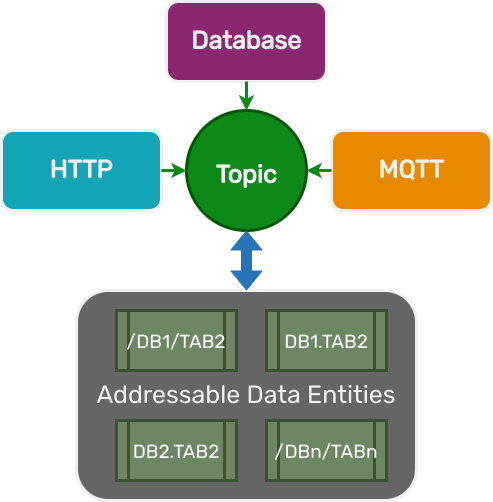 For example, the following PG console or shell commands are equivalent：

With topic aliases, You can mapping any topic/path into the normalized topic/path in JoinBase. This is done by setting the mappings in the conf file. For example, the following lines in the conf,